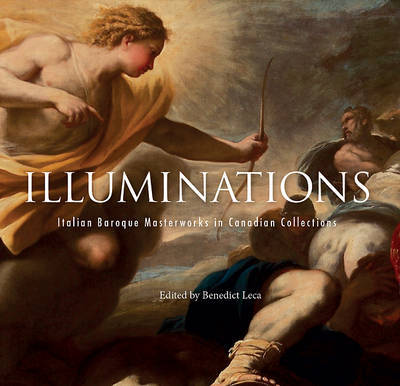 Italian Baroque painting is often discussed in terms of theatre and the creation of powerful visual spectacle through the dramatic use of light. Seventeenth-century painters pushed the limits of artistic expression to reshape the relationship between the illusionistic image and its audience with contrasting styles, new techniques, and by deploying extraordinary optical effects. Featuring some of Canada's foremost Baroque paintings, "Illuminations" examines how the functional and symbolic representation of light was the expression of a culture captivated by theatrical display. Set in the context of Italy's dynamic and international cultural capitals, "Illuminations" compares and contrasts religious, mythological, and popular imagery. Through a detailed examination of works by Nicolas Poussain, Luca Giordano, Orazio Gentileschi and Guido Reni amongst others, the book explores how 17th-century audiences were confronted with pictures that frequently broke conventions by manipulating the sources and meaning of light, while depicting all types of subjects; painters were able to transform light, controlling its role as a signifier of demeanour, emotion, or religious symbolism. The use of light coloured the historical legends and social mythologies of this extravagant world.